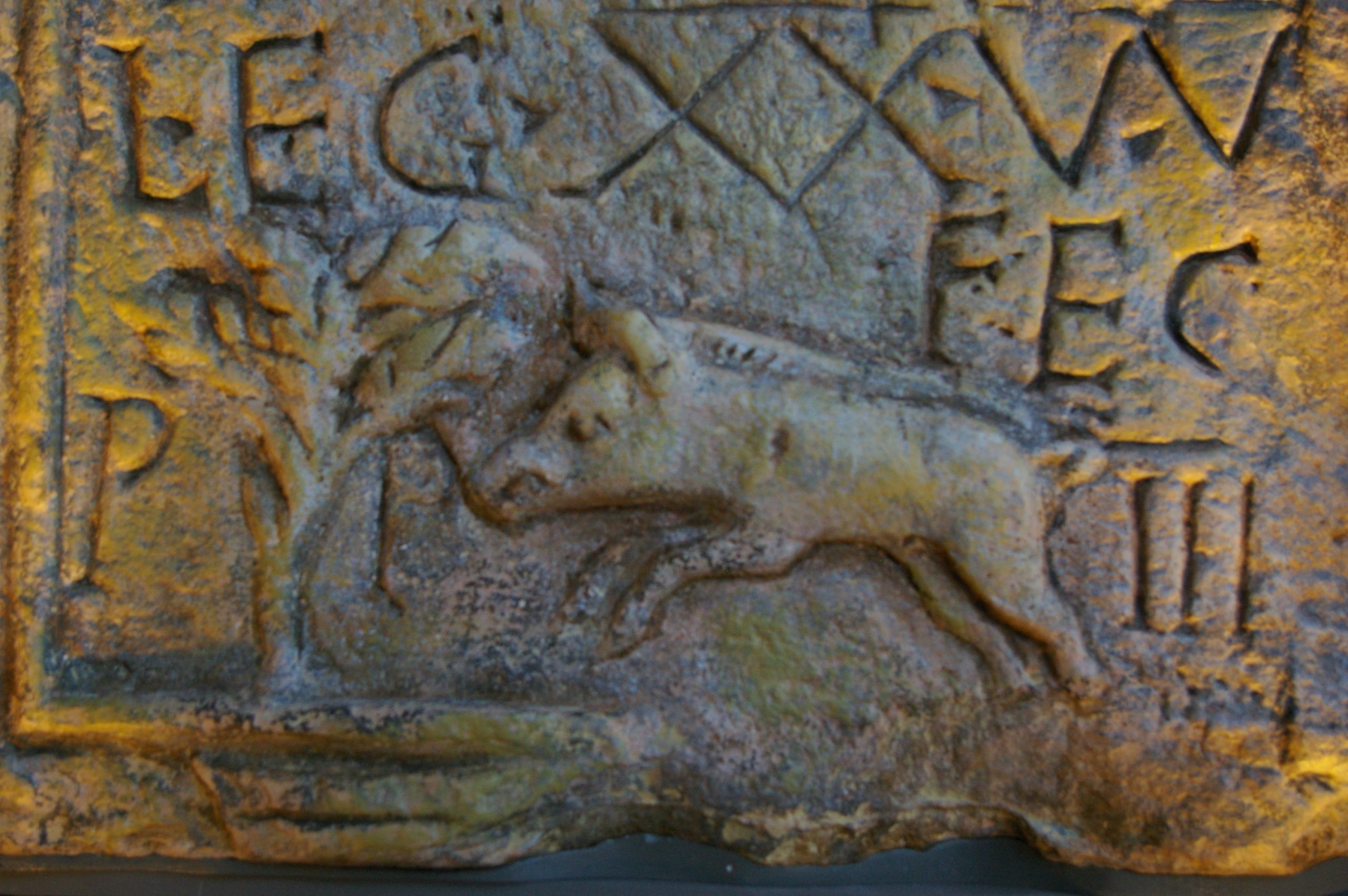 Every now and then, when studying place-names, something makes you stop and ask more general questions.  Not ‘What language was this name coined in?’ or ‘Why are there so many places called White Hill?’ but a question of a more …. well, ethical character.

Who has the right or the power to give a name to a place?

Of course, anyone can give any name they want to anything at all.  A family often has a name for a place that is special to them, and they will talk about it by that name.  Of course, no one outside the family will know what they are talking about, but that doesn’t matter.  So perhaps the question should be phrased: ‘Who has the power to name a place and make that place-name stick in public discourse?’  Where there are public records of names – in legal documents, or official maps like the Ordnance Survey, or in voting regulations – the place-names so recorded gain a certain authority.

Place-names are not normally created ex nihilo by public authority, but sometimes they are.  Major urban objects (bridges, railway stations, main streets) will be named by some public committee such as a Planning Department, often in honour of some important political or cultural figure (Victoria Bridge, Dundas Street) or some aspect of national life (Union Street, Jamaica Street).  Sometimes such naming processes can be wholesale and controversial for a whole city, such as the re-naming of urban streets en masse when a new political power takes control.  This happened in twentieth-century Vilnius in Lithuania, for example, when the Soviet Union invaded and occupied the city in 1939. Up to that point it had been part of eastern Poland, with a majority Polish-speaking population and many Polish street-names.  Thereafter the Soviet rulers replaced Polish names with Lithuanian names.  But in 1941 the armies of the German Reich invaded Russia, seizing control of Lithuania too, and remaining in control until the re-occupation of Lithuania by Soviet troops in 1944. During this history of violence and shifting control, ethnic extermination and exclusion (the slaughter of 90% of the country’s Jews under German occupation, the deportation of Poles under Russian occupation), place-names also changed and changed again.  During the Soviet occupations, Polish street-names were removed, as were names commemorating Jewish citizens, or those marking some religious feature (my favourite: ‘St Peter and St Paul’ became ‘Tractor-Drivers Street’ for example), so that street-names helped to celebrate the ideology of the new power.  The process of elimination-by-name-change continued under the second Soviet occupation (Weeks, 2008).  With such constant name-changes it must have been a difficult place to earn a living as a taxi-driver!

Maps are made by those in power.   The mighty inscribe their toponymy on the landscape.  In Vilnius we see it quite dramatically.  Likewise the famous play by Brian Friel, Translations, makes a passionate case for the way that British imperial claims over Ireland shaped the data-collection and map-making of the first Ordnance Survey of the island, and with that the elimination of an Irish collective memory, of story-telling and meaning in the landscape – though some of Friel’s nationalist assumptions have been rather called into question (Bullock 2000).

We cannot now see the details of similar historical processes in the formation of the place-names of the Glenkens.  Here Brittonic names were replaced by Northumbrian, and both of those were later replaced by Gaelic and Norse names, with Scots and later English names forming a new layer over those from the early modern period onwards.  As one set of overlords replaced their predecessors, as languages changed, new layers of toponymy were inscribed on the landscape.  The collective memories of one language community, embedded in their place-names, were erased by the new names of the next.  In some cases perhaps communities themselves were erased.  Change is not always peaceful.

This process of place-name replacement in Scotland is mostly invisible to the historical eye.  But occasionally we catch a glimpse of how replacement might have taken place in more recent times.   On modern maps we have a place in Crossmichael parish called Blairmichael.  This looks like a perfectly intelligible Gaelic name: Blàr Mhìcheil ‘field of Michael’.  And as the parish name means ‘cross of [Saint] Michael’, we might even be tempted to assume that the church was dedicated to St Michael and that the field of Blairmichael was somehow connected to the same saint – perhaps a field associated with the church.

Such an assumption would be wrong, however.  The Ordnance Survey Name Book makes it quite clear that the original and widely accepted name of the place was Blairmuck.  It appears thus on Ainslie’s map of the area. 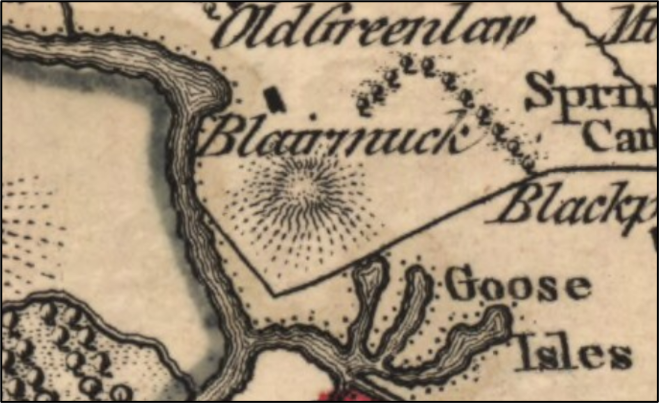 Meanwhile, the surveyors working in the Glenkens who recorded the name Blairmichael in 1848 strongly suggested that the name was the figment of one man’s imagination:

Mr Gordon Esqr. of Culvennan states that its ancient name was Blairmichael, & that it has the same origin for Michael as the Parish of Crossmichael.  … Yet it is known by no other name than that of Blairmuck by any person save Mr Gordon in the locality.   (OS1/20/110/41).

A note on the same page adds: ‘Mr Gordon (the proprietor) wishes this hill to be called “Blairmichael”.  The surveyors record two named sources who gave the name of the place as Blairmuck, but it sounds as if they have collected that name from other informants too.   It looks very much as if the original name, Blairmuck, from Gaelic blàr muc meaning ‘pig field’, was unacceptable to Mr Gordon Esquire of Culvennan, and he was trying to ‘improve’ the name.   Did he think Blairmuck was ‘mucky’, or did he understand its Gaelic origin in pig-farming and think that it was a bit lacking in class?  Whatever the reason, Mr Gordon’s choice of name won out, and the centuries-old name, the name by which the surrounding community knew the place, was obliterated.  He had the power to change it.

The persons employed on the survey are to endeavour to obtain the correct orthography of the names of places by diligently consulting the best authorities within their reach.  …. For the name of a house, farm, park or wood, or other part of an estate the owner is the best authority.  For names generally the following are the best individual authorities and should be taken in the order given: Owners of property; estate agents; clergymen, postmaster and schoolmasters if they have been some time in the district; rate collectors; borough and county surveyors; gentlemen residing in the district; Local Government Board Orders; local histories; good directories.  Assistance may also be obtained from local antiquarian and other societies, in connection with places of antiquarian and national interest.

Respectable inhabitants of some position should be consulted. Small farmers and cottagers are not to be depended on, even for the names of the places they occupy, especially as to the spelling. But a well-educated and independent occupier is, of course, a good authority. (Seymour 1980, 176).

There is a clear hierarchy of authority here.  The more respectable people – owners, professionals, officials – are those who get to define a name and place it on the government map, even if they are incomers.  The ‘small farmers and cottagers’, whose families may have been living there for generations ‘are not to be depended upon’.

The power to change place-names may also come simply through the power of one person to buy a house or a farm and re-name it according to his or her inclination.  The Ordnance Survey still seems to accept as the ‘official’ name of a place the name given to it by its present owner.  What does this mean for a local community and its collective memory, and the associations that places and names have for them?  Should they simply accept the loss of their ancient or traditional names?   Such questions have led thousands of people in Wales to sign a petition this year demanding legislation to protect Welsh place-names, as more and more properties are taken over by English-speakers who rename them, not valuing the historic Welsh names of their homes.

Whatever the outcome of such appeals for conservation, preservation of historical memory and the rights of communities vis-à-vis individuals, names will continue to change, new names will be invented, old names forgotten (perhaps only to be recorded generations later in a scholarly database).  But it may be worth considering that there are ethical dimesions to such processes.