I am delighted to hear that the University of Glasgow and Historic Environment Scotland have secured funding for a PhD to explore ‘the social, political and economic environment and context of Galloway during the Viking Age (c.800-1100)’. This project will re-evaluate the archaeology and history of this region in light of the recently discovered ‘Galloway Hoard’ – a unique collection of bullion and jewellery of silver and gold, but also including rarely surviving textiles and organic materials – buried in the kirklands of Balmaghie in the early tenth century AD. 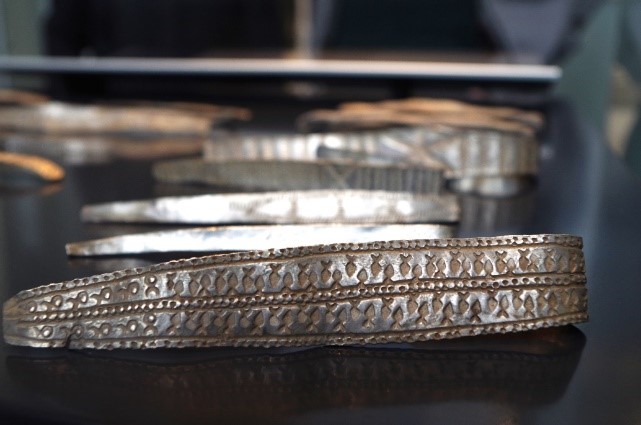 The person doing this reasearch has been named as Orla Craig. She will also be supported by National Museums Scotland who are leading the conservation and research programme on the hoard itself. I’m looking forward to meeting Orla and others in early December to see how the research might develop.

In the meantime, and because place-names are part of the evidence for understanding this period, it might be interesting to consider one or two aspects of the toponymy of Balmaghie and the area of the find-spot of the Galloway Hoard. 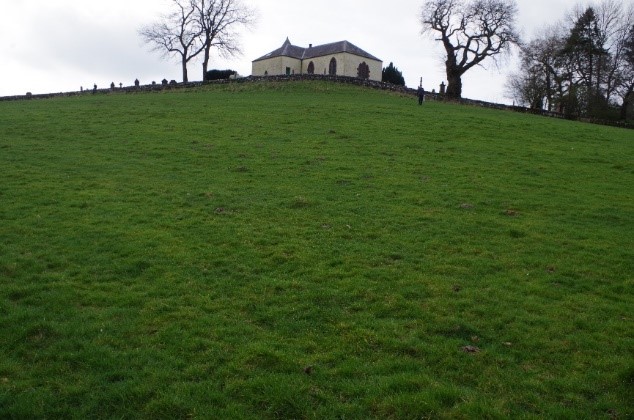 Significantly, the hoard was discovered on land close to the parish kirk of Balmaghie. There are traces of a medieval building here, and I would assume that that building itself was built on the site of an even earlier church.  Did the people who buried this treasure choose this spot because the sanctity of church ground would make it safer, less likely to be dug up and stolen before the owners had a chance to come back and retrieve it?

Kirkandrews is fairly transparent: ‘the church of St Andrew’ and we might wonder if the cult of St Andrew here reflects early Northumbrian penetration and control of Galloway in the seventh and eighth centuries.  The Northumbrian church of Hexham was an important centre of the cult of Andrew, and seems to have played a key role in Northumbrian expansion into what is now Galloway.  Was St Andrew’s cult established here on the River Dee as part of this expansion?  The use of saints’ cults to make political claims over territory is well-attested elsewhere in Scotland.

The use of the element kirk in this name is also interesting.  While the Old English word for ‘church’ was cyrice with the two letters c palatalised (i.e. pronounced as in modern English ‘church’), the word kirk shows Norse influence, the Old Norse word being kirkja without palatalisation.  So the name Kirkandrews shows a community here whose word for ‘church’ was influenced by some dialect of Old Norse – at least for a time.

But in Kirkandrews the order of the elements – kirk + saint’s name – is not a Norse or English pattern.  In proper Germanic place-names (Norse or Scots) we would expect kirk to take the second position: Whitekirk, Ashkirk, Crosskirk, Ladykirk, Peterkirk and so on.  But here the order is reversed, and kirk is the first element. The order is in fact Gaelic order.  It appears that the Norse word kirkja was borrowed into Gaelic and used to form church-names.  It is a common pattern in the old territory of Galloway, much less so beyond that area.  So we have Kirkmaiden, Kirkcudbright, Kirkmadrine, Kirkgunzeon, Kirkoswald, Kirkbride, Kirkpatrick, Kirkmabreck and so on. These seem to be names coined by Gaelic-speakers, using a word for ‘church’ which they had adopted from Norse speech to name their places of prayer.  So in the name Kirkandrews we have:

This multicultural hagiotoponym (a place-name relating to a saint) gives a flavour of the kind of questions we might want to ask about the Galloway Hoard: how do we identify the cultural affinities, the community or communities, the language or languages, that might have been associated with it when it was made and when it was buried?

Here is another complicating factor.  Some time between 1172 and 1174, King William I of Scots granted four churches or chapels ‘which belong to the abbey of Columba’s Iona’ (que ad ius abbatie de Hij Cholumchille pertinent) to his newly founded abbey of Holyrood in Edinburgh (RRS ii no. 141).  These four were: 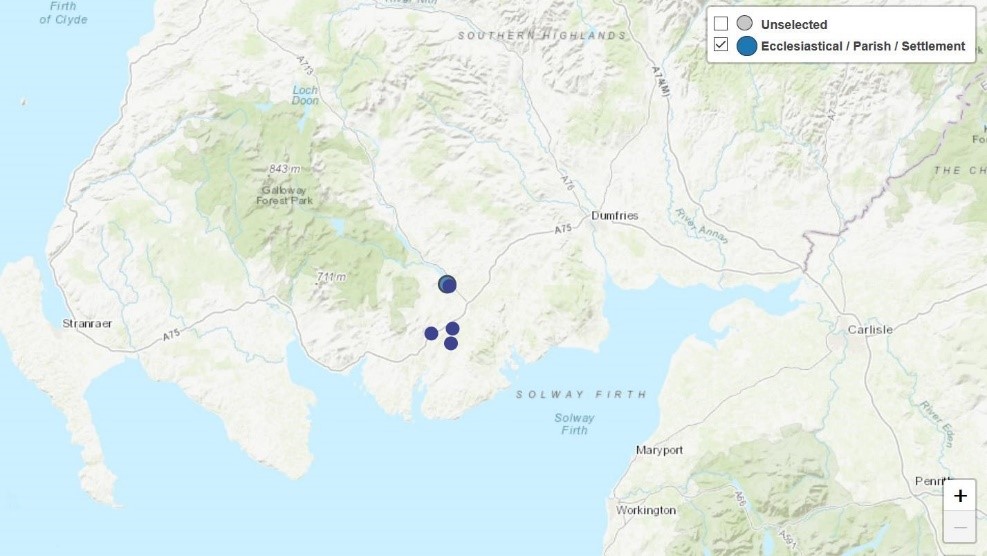 These Iona possessions all cluster around the lower reaches of the Water of Dee.  They are close to Threave, which was an important castle in the later middle ages – though I don’t know how important it was in the twelfth century.  But they were also close to Kirkcudbright and to the Insula De, ‘the island of the Dee’, which were key places for the power of the Lords of Galloway.  The removal of these four churches or chapels from Iona’s control by Uchtred Lord of Galloway and King William I of Scots, and their absorption into the king’s sphere of control in the shape of his new royal abbey in Edinburgh, must be seen as part of the attempt by the Scottish crown to impose its authority – hitherto rather weak – in Galloway.

But the question we must ask is why these four churches or chapels had become part of Iona’s sphere of control in the first place.   One possibility is that they were part of the dowry or terms of marriage alliance in the marriage between Affrica, daughter of Fergus, King of Galloway, and Óláfr Godredsson, King of the Isles.  Fergus may have granted these four churches and associated lands to Iona, Óláfr’s principal Hebridean church, as part of this political and marital union (Thomas Clancy, pers. comm.).

If that is the explanation of Iona’s holdings on Dee-side, the relationship had not lasted more than a few decades.   Óláfr died in 1153, and Iona lost her holdings in 1172 x 1174.  But there may be other explanations for the Iona holdings on Dee-side which we do not yet understand.   Scandianvian settlers who had first raided the Western Isles in the 790s had begun to settle and some had probably become Christian and Gaelic-speaking by the mid ninth century.   It was probably exactly that inculturation which led to the identifier Gall-Ghàidheil or ‘foreign Gaels’ for those Norse-Gaelic communities in the Firth of Clyde and some of the inner Hebridean islands – and remember that identifier, Gall-Ghàidheil, is the origin of the term Galloway.

For centuries Galloway was part of a fluid world of trade, political alliance and conflict, intermarriage, and multiple languages – British, English, Gaelic and Norse – as the placenames of the Glenkens and of wider Galloway attest.  In this world of multiple interlocking cultures, we might hope that place-names can shed some light.

The Galloway Hoard was buried in this multi-cultural world in the tenth century.  Its silver arm-rings are typically Hiberno-Norse, but the runic script found on several of them is English in style, and, as Dr David Parsons has shown, at least one of the names written in that script is an English one – Eggbrect (or Egbert as it would be written now) while some of the other pieces of metalwork are also English in style.  As conservation and analysis of the hoard continues, and as Orla’s research progresses, perhaps we will learn more about the interlocking cultural and ethnic spheres of the people who named these places and buried this treasure.